A federal judge on Wednesday ordered the cancellation of the NFL Washington Redskins’ federal trademark registrations, which have been opposed for years by Native American activists who call the team’s name disparaging.

The ruling on summary judgment affirms an earlier decision by the Trial and Appeal Board of the U.S. Trademark and Patent Office (USPTO). That board had previously ruled 2-to-1 that the name “Redskins” was offensive to Native Americans and ineligible under the Lanham Act for status in the federal trademark registry. The Lanham Act prohibits protection for names that “may disparage” or bring people into contempt or disrepute.

The cancellation, called a “huge victory” by the activists, doesn’t go into effect until the team has exhausted the appeals process in the federal court system. But, as the judge made clear, even if the football franchise ultimately loses on appeal, that does not mean that it cannot use the name “Redskins.”

The team, however, feels that losing the trademark will irreparably damage the franchise, harming its brand name and making it easier for unscrupulous merchandisers to sell items with its logo without permission.

The Redskins have also consistently claimed that the team name actually honors Native Americans, rather than insulting them. Dan Snyder, the team’s owner, has vowed that he will never change the name.

Bruce Allen, the Redskin’s president, has already promised that the team will appeal.

“We are convinced that we will win on appeal as the facts and the law are on the side of our franchise,” he said, adding that the team “has proudly used the name Washington Redskins for more than 80 years.” 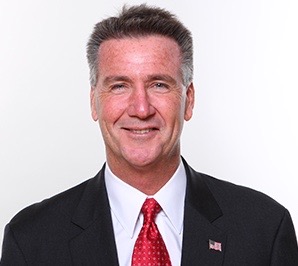 The judge, however, disagreed with Allen and Snyder’s logic. Instead, he concurred with assessments that the “Redskins” name was offense and rejected the team’s argument that the majority of Native Americans did not oppose the name when the trademarks were granted between 1967 and 1990.

The judge pointed out that Webster’s Collegiate Dictionary defined the word as “often contemptuous” in 1898, “seventy years prior to the registration of the first Redskins Mark.”

Amanda Blackhorse, a Native American activist and party in the case, hailed the ruling as a watershed moment.

“This case is about humanizing the indigenous identity,” she said. “I have asked this many times before and have never heard a sensible answer — if people wouldn’t dare call a Native American a ‘redskin’ because they know it is offensive, how can an NFL football team have this name?” 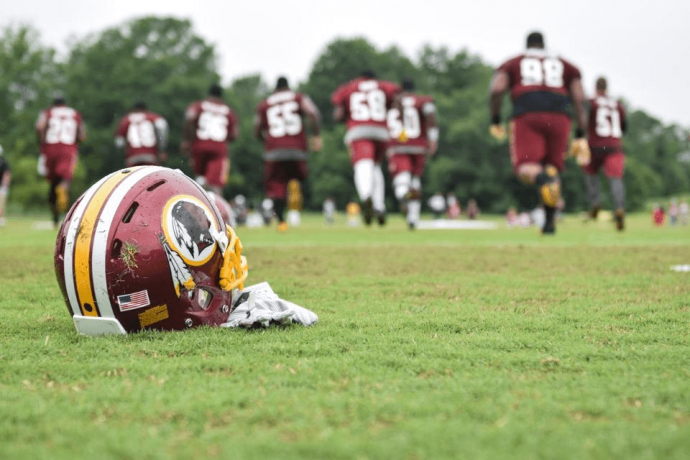 The new ruling is just one chapter in a long history of disagreement over the team’s name. Native American activists first challenged the Redskins’ trademark more than 20 years ago. A group of Native Americans, led by Suzan Harjo, filed a petition with the Trademark Trial and Appeal Board to cancel the team’s trademark registrations in 1992.

The board ruled in Harjo’s favor seven years later. A federal court, however, disagreed with the board’s ruling and found that Harjo and the other Native Americans didn’t produce enough evidence showing the name was insulting.

This new ruling, however, disagrees and overrides that old decision, possibly representing a change in public sensitivities.

For now, the Redskins have made clear they will fight the decision and continue to wear the Redskins logo when football season begins again this fall. As the team’s attorney, Robert L. Raskopf, has said, “the Redskins will continue to use their longstanding marks as symbols of pride, achievement and success both on the field and off.”