The lawsuit, a consumer protection suit, alleges that Uber made “false and misleading” statements about how its consumers are protected while engaging in business practices that violate California law.

Simply stated, the suits allege that Uber misleads the public into thinking their services are safe, overcharges them and does all this without considering the legal consequences.

Users are being charged a $1 “safe rides” fee for background checks. Uber states that they use an industry-leading background check process that is aimed to provide safety for its users. Gascon however stated that Uber does not even fingerprint its drivers and therefore Uber’s background checks are “completely worthless.”

User safety has been a hot topic lately. Just this year a driver convicted of reckless driving in Florida faced misdemeanor vehicular manslaughter charges in relation to the death of a 6 year old girl in San Francisco. Last year, a driver previously convicted of felony drug charges, was arrested for assaulting a San Francisco passenger. A proper background investigation would have disqualified the driver for driving for Uber.

In addition to safety concerns, Uber has been charging users a $4 airport toll fee even when its drivers haven’t actually been paying the toll. 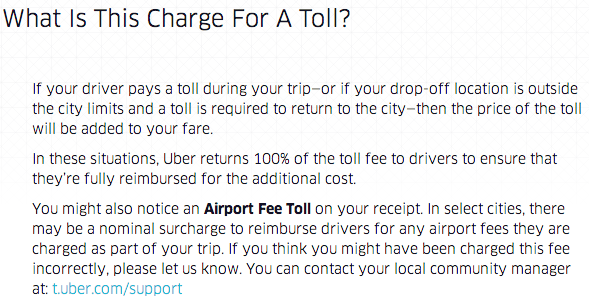 It is unlikely that the lawsuits will greatly affect Uber. The 5-year-old company has raised over $2.5 billion cash and is valued at over $35 billion today. In addition to hiring thousands of drivers in over 200 cities throughout the world, Uber also plans to expand to offer delivery and courier services as well.

Lyft recently entered a settlement in which they agree to not pick up users at airports until they receive all the necessary permits and paperwork. In addition, they agreed to allow the State to investigate their application to test whether or not it accurately calculates ride fares. Uber hasn’t entered a similar settlement yet.

The California Public Utilities Commission (PCU) now requires Uber and other companies to provide greater auto safety inspections and background checks on their drivers as well as mandate that their drivers hold greater insurance policies.

In addition, in their commitment to public safety, they will issue a $20,0000 citation to drivers for Uber, Lyft, Sidecar and other ride-sharing companies who illegally operate.

Uber is not the first startup the San Francisco Attorneys Office has gotten involved in. Earlier this year both startups MonkeyParking and popular Airbnb received devastating news when City Attorney Dennis Herrera issued the companies both lawsuits and cease-and-desist letters.

Cities all around the world are voicing their concerns as well. Recently authorities in New Dehli, Rio de Janeiro and Spain also ordered that until the company obtained the proper authorization and licensure, they must cease all operations.