The Corporate Transparency Act (CTA) is a historic new law impacting millions of America's existing small corporations and LLCs. The CTA also applies to newly formed entities and requires disclosure of personal ownership information to the U.S. Treasury Department's Financial Crimes Enforcement Network (FinCEN). Existing corporations and LLCs will have one year to report. New entities must report upon formation. Annual reporting is also required. Willful violations are subject to substantial monetary ($500/day up to $10,000) and criminal penalties, including prison time. Accordingly, do not wait to comply.

In what is considered a historic legislative change, the Corporate Transparency Act (CTA) requires almost all new and existing corporations and LLCs to disclose ownership information directly to the U.S. Department of the Treasury’s Financial Crimes Enforcement Network (FinCEN), starting some time in 2022.

The purpose of the Corporate Transparency Act is to enhance U.S. national security by preventing misuse of corporations and LLCs for money laundering, cyber crime, fraud, tax evasion, human and drug trafficking, proliferation of weapons of mass destruction and the financing of terrorism.

This new legislation marks the first time in history the federal government will maintain a database of company ownership for law enforcement purposes.

Significant Civil and Criminal Penalties Under the Corporate Transparency Act

For example, states like California and Delaware collect no information about who owns corporations upon formation. According to a 2016 report, 14 states allow company registration without disclosing shareholders or managers. Delaware, alone, is home to 1.6 million business entities.

Some states collect less information when forming a corporation or LLC than is collected when issuing a public library card.

According to the Tax Justice Network’s Financial Secrecy Index, the United States ranks only behind the Cayman Islands, as the second most secretive jurisdiction in the world.

According to the federal government, the ability to operate corporations and LLCs (sometimes referred to as “shell companies“) without disclosing ownership information leads to money laundering, tax evasion, fraud, cyber crime, terrorism and more.

Criminal cases filed over the last five years alone, involving $2.3 billion laundered via real estate alone, show that anonymous shell companies, which were used 82% of the time, are the number one source of U.S. money laundering.

The Corporate Transparency Act signals the biggest change to anti-money laundering laws since the USA Patriot Act of 2001.

A recent leak of 11.9 million financial records (the largest in history and which involved approximately 600 journalists), known as the Pandora Papers, revealed how politicians, celebrities, athletes, business leaders and billionaires use shell companies to, among other things, shield their investments and wealth.

“Beneficial Ownership” Information Must Now be Disclosed to Federal Government

Ultimately, the goal of the Corporate Transparency Act is to bolster national security interests by collecting “beneficial ownership” information (the identity of the individuals who actually own or control the company) on all entities in existence in the United States.

This beneficial (i.e., true) ownership information must now be disclosed upon entity formation and on an annual basis.

The law also applies to existing companies, who have a one-year window to provide ownership information to the federal government.

Failure to comply with the new law can lead to severe criminal and civil penalties. 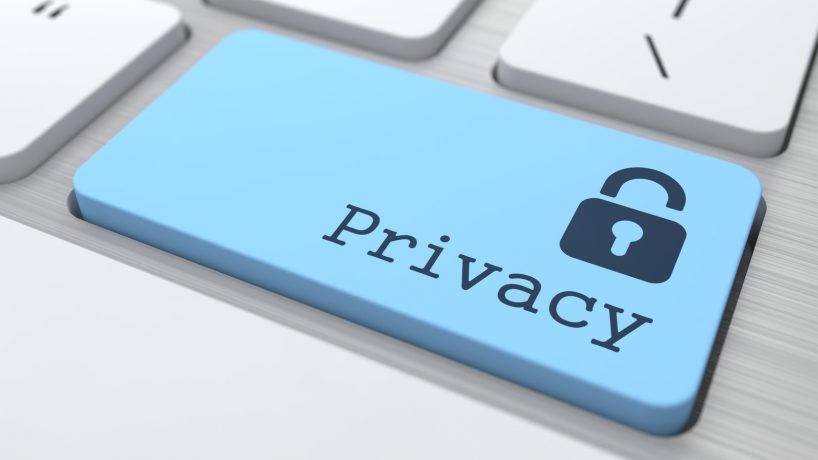 When did the Corporate Transparency Act become law?

You might be familiar with the Anti-Money Laundering Act in the context of banks since, for years, they have been required to determine and disclose the “beneficial owners” of business bank accounts to the government.

This is a new, and the first, law imposing federal reporting requirement for small businesses owners.

These new federal transparency requirements will make it much easier for U.S. prosecutors to levy charges against those using corporations and LLCs for criminal activities.

What is the purpose of the Corporate Transparency Act?

The aim of the CTA is to thwart the use of corporations and LLCs (sometimes referred to as “shell companies”) for money laundering, tax evasion, terrorism, cyber crime and other “illicit” activities.

More specifically, the goals are:

Establish Compliance Standards: Bring the United States into compliance with international anti-money laundering and countering the financing of terrorism standards.

Does the Corporate Transparency Act apply to me?

If you are an owner of an existing corporation or LLC, or are plan to become an owner of one of the approximately 2,000,000 corporations and LLCs formed each year in the United States, this new law applies to you.

The CTA is purposefully broad and applies to almost all entities formed in the United States or registered to do business here.

What are the penalties for willfuly failing to comply?

The penalties are substantial.

Willfully failing to comply with the Corporate Transparency Act, or providing any false or fraudulent information, can result in civil penalties of up to $500 per day (up to $10,000).

Willfully violating the CTA can also lead to criminal penalties of up to two years in prison.

Additional penalties, including criminal fines up to $250,000 and up to five years of imprisonment, apply to misuse of information collected under the CTA.

When does the Corporate Transparency Act go into effect?

The CTA is expected to go into effect sometime in 2022.

The law also apples to similar entities that have been created by filing paperwork with the secretary of state (or similar agency).

Although partnerships and trusts, are not currently specifically enumerated, these entities will most likely also be subject to reporting requirements.

Are any entities exempt?

The following are some of the entities that are exempt from reporting under the Corporate Transparency act including. Examples include:

Large Companies: These entities include larger companies with more than 20 full-time employees in the United States, operating from a US physical office location and gross receipts/sales exceeding $5 million;

Dormant Companies: Specifically, those that have (i) been in existence for over one year; (ii) not engaged in active business; (iii) no direct or indirect foreign ownership; (iv) no ownership change over the last 12 months or sent/received funds over $1,000; and (v) no assets of any kind including ownership in another entity.;

Insurance Companies: Specifically, those defined under Section 2 of the Investment Company Act of 1940 or authorized by a State and subject to control by an Insurance Commissioner, or similar agency and has a US physical location; and

Public Utilities: Providers of telecommunications, water, gas, power or sewer services in the US.

What is a “Beneficial Owner”?

A “beneficial owner” corresponds to the following:

Substantial Control: An individual exercising “substantial control” over a corporation or LLC; or

25% Ownership: An individual owning at least 25% ownership interest of a corporation or LLC; or

Substantial Economic Benefit: An individual receiving substantial economic benefits from the assets of the corporation or LLC.

“Substantial control” can be direct or indirect, via contract, arrangement, understanding, relationship or other means.

Applicable positions that may be deemed to exercise “substantial control.”

Are there any exclusions to beneficial ownership?

Beneficial ownership does not include the following:

Minor Child: A minor child under the age of majority in the state of entity formation as long as the parent or guardian reports;

Agent: An individual acting as a nominee, intermediary, custodian, or agent on behalf of another individual;

Employee: An individual acting solely as an employee and whose economic benefits derive solely from their employment status;

Heir Apparent: An individual whose interest in a corporation, LLC or other applicable entity is through a right of inheritance; and

Solely Creditor: A creditor of the entity, unless it exercises substantial control or has 25% of the interests in the entity.

Under the CTA, beneficial owners are required to provide the following information:

Name: Full name as it appears on a driver’s license or other official government document;

When are NEW companies (formed AFTER the CTA goes into effect) required to report?

New entities are required to report at the time of formation.

When are EXISTING companies (formed BEFORE the CTA goes into effect) required to report?

Existing entities are required to report within one year of the regulations taking effect.

Are there annual reporting requirements?

What are reporting requirements for changes to an entity?

Entities will need to report changes in beneficial ownership in a “timely manner.”

How often is this information updated?

Any change to reported information must be provided to FinCEN within one year of the change.

Who maintains the information in the database?

The database is maintained by the Financial Crimes Enforcement Network (FinCEN).

FinCEN is a division of the United States Department of the Treasury which collects and analyzes financial transaction information to fight money laundering, terrorist financing and other financial crime.

When was FinCEN created?

Who has access to this information in the FinCEN database? Is the information provided private?

The information in the FinCEN database is not public and will only be accessible to the following:

State & Local Law Enforcement: State and local law enforcement, in furtherance of a criminal or civil investigation, with an appropriate court order (e.g., a warrant);

Financial Institutions: Financial institutions complying with due diligence requirements (sometimes known as “Know Your Customer” (KYC)) that have been granted permission by the reporting company.

Information in the database cannot be obtained pursuant to a Freedom of Information Act request.

However, proof of compliance will likely requisite to doing business with banks and lenders, which does create privacy concerns.

How long will FinCEN retain the ownership information?

Corporation and LLC beneficial ownership information is kept until five years after termination of the entity.

Are there any penalties under the Corporate Transparency Act?

Civil Penalties: Willful violations, such as intentional false statements or failing to supply necessary beneficial ownership information, can result in civil penalties of up to $500 per day (up to $10,000).

Criminal Penalties: In addition to civil penalties, willful violators face up to two years in prison.

Civil Penalties: Civil penalties do not apply to negligent violations of the Corporate Transparency Act.

Criminal Penalties: Criminal penalties do not apply to negligent violations of the Corporate Transparency Act.

Safe Harbor Rules: Safe harbor rules apply to individuals who negligent violations as long as the they (a) did not know about the inaccuracy, (b) were not attempting to evade reporting requirements, and (c) correct any inaccurately reported information “voluntarily and promptly,” but not more than 90 days after submission.

How should I prepare for compliance?

If any uncertainty exists as to the beneficial ownership of a company you are a part of, immediately start identifying who the owners are in order to avoid significant civil and criminal penalties.

Also be sure to consult with a business attorney, experienced with this new law, with any questions.

Ultimately, do not wait until the last minutes to comply with the CTA.

What are the ultimate benefits of the Corporate Transparency Act?

Although compliance will be burdensome, the CTA will serve as an important weapon in the arsenal against money laundering, cyber crime, tax evasion and terrorism.

It will also allow financial institutions to focus on other resources to prevent criminal activity.

For decades, bad actors have been able to take advantage of reporting loopholes which aided in criminal activities.

Now the loophole is being filled in with stringent reporting requirements which should benefit both US citizens and the government.

Stay tuned for continued updates on the CTA as they develop.

November 4, 2021: According to the Financial Times, implementation of the CTA has encountered delays at the the U.S. Dept. of Treasury and will not be implemented in time to meet the original January 1, 2022 deadline.