The Western world complaining about China’s intellectual property (IP) regime is nothing new. Which is probably why few are surprised that another dispute between a Chinese company and a European company broke out recently.

Jaguar Land Rover (JLR) made a car called the “Range Rover Evoque,” intending it to be sold in China. The problem, then, is that a domestic company, Landwind, is now making a virtually identical car (the “Landwind X7”) and selling it with a much lower pricetag, also in China. JLR is a British car manufacturer (owned by India-based Tata Motors); Landwind, meanwhile, is a joint venture of two other Chinese companies—Changan Auto and Jiangling Motors.

The dispute started back in April of 2014, when news leaked of a patent for which Landwind had filed, for the design of an “E32” car—the predecessor to the X7. Then, in November of 2014, when Landwind unveiled the X7 at an auto show in Guangzhou (near Hong Kong), JLR caught wind, and, noting the remarkably similar exterior designs of the X7 to their own Evoque, sought to stop it. Ralf Speth, CEO of Jaguar Land Rover, immediately indicated that his company would file a complaint with the local Chinese authorities.

Sometime in early 2015, however, those Chinese officials reportedly gave Landwind the go-ahead to manufacture their car, dismissing JLR’s complaint in the process. Fast forward to April, when Landwind yet again proudly displayed their X7 car, this time at a Shanghai auto show. While JLR’s Evoque is already in the market—including the Chinese market—Landwind’s X7 is expected to be commercially available in China by July or August of this year. 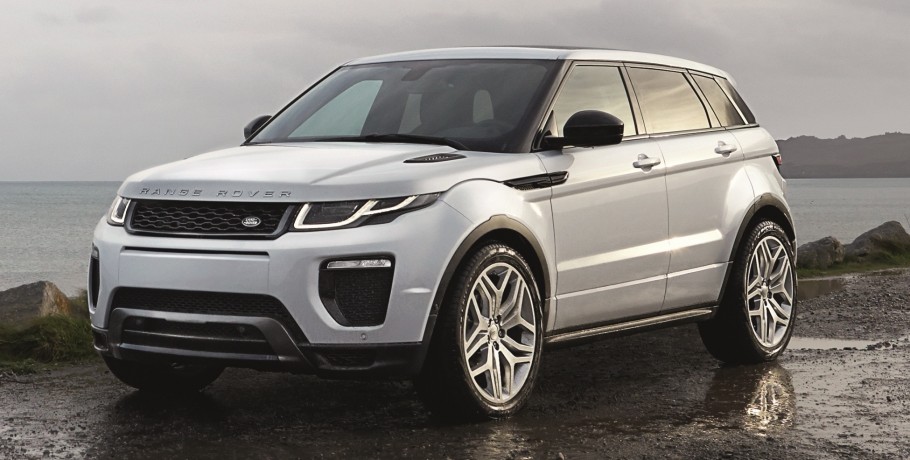 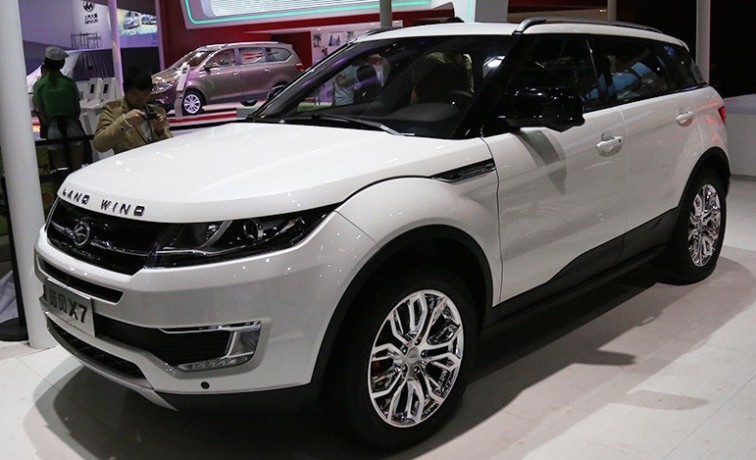 And once that happens, it is very likely that sales of the Evoque in China (wherever they are estimated currently) will plummet. The two cars do look plainly similar, and they even share certain internal components. But the differences are crucial—in addition to mechanical distinctions (the X7’s engine produces 190 hp, compared to the Evoque’s 240), there is, most importantly, a vast price differential. Landwind’s car is projected to sell for 150,000 yuan (about $24,000 USD, or £14,000 GBP), while JLR’s Evoque sells for 448,000 yuan ($72,000 USD, £40,000 GBP). As is typical with all “knockoffs,” that is, the “fake” one is substantially cheaper—in this instance, you could buy three X7s for the price of a single Evoque.

The People’s Republic of China is no stranger to pressure from the West to conform with international IP enforcement. The U.S. has been especially vocal, continually placing China on its “Special 301” watch list (where it remains today) due to the country’s poor handling of IP disputes. China has a reputation for domestic favoritism, despite its repeated promises to adhere more thoroughly to the bevy of international IP treaties to which it has acceded in just the past few decades. The PRC, to be clear, does not lack the written laws requisite to enforce the rights that Westerners want protected in China. What lacks is instead the enforcement. And given the importance economically of the counterfeit culture within China, one can see why such a pillar would be difficult to remove quickly.

It should also be noted that China has come an incredibly long way in a relatively short time frame, at least as compared to Western regimes for whom the concept of “IP” has been around for a lot longer. There are arguments as well that China’s IP enforcement has been steadily improving, even if it’s still by no means perfect. 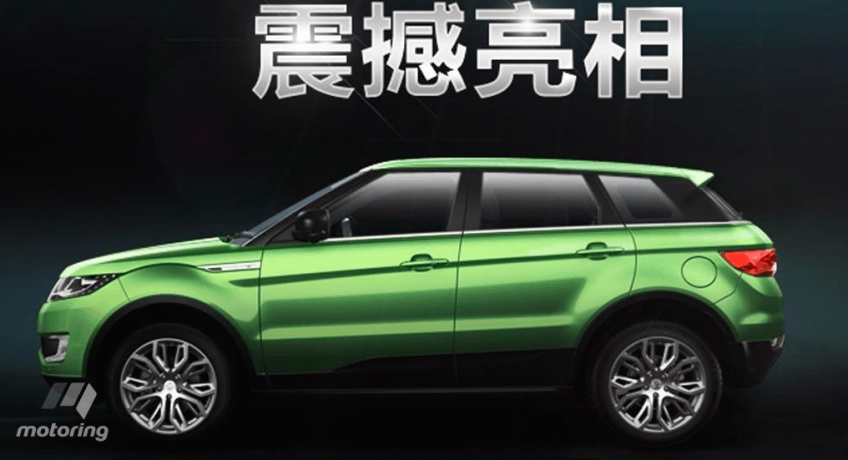 Landwind’s ad campaign for the new X7, which will sell for a third of the price of a Range Rover Evoque

But when cases like these come to light, and the facts at least seemingly weigh heavily against the outcome determined by the Chinese authorities, the world is reminded again of the past frustrations that companies have had with the PRC’s IP regime. Particularly in the automotive context, China has had its fair share of these disputes recently. Other locally produced cars that have run afoul of a Western counterpart include the Lifan 320 (with MINI Cooper) and the Geely GE (with Rolls Royce Phantom). Toyota and Hyundai have both had rather infamous IP-related run-ins with local car manufacturers. So truly, JLR’s dispute is by no means new.

And, indeed, just as in many of those other cases, things do seem bleak for JLR. In China, there are primarily two avenues through which an entity may pursue IP disputes: one is through the court system, and the other is through a special government body that deals in this sort of issue. It seems JLR has already pursued (and failed on) the latter, so if Speth were so inclined, he could seek justice in the courts. Whether that avenue is any less domestically biased, however, is the subject of fierce debate. Plus, because most major companies have partial government-ownership, some critics argue that legal action in China against such a company is simply virtually impossible.

Speth certainly seems to think so. In a press conference in which he announced that JLR would not be seeking legal recourse, he said, “There are no laws to protect us [in China], so we have to take it as is.” In Europe, he went on, the laws against “this kind of copy-paste” are enforced; but “you can’t be protected in China.” Perhaps such a dreary cynicism is a little exaggerated, but he does at least have a point, and he certainly has his supporters worldwide who agree that China’s laws simply put fail to protect anyone’s IP rights but their own.

The back of the Range Rover Evoque 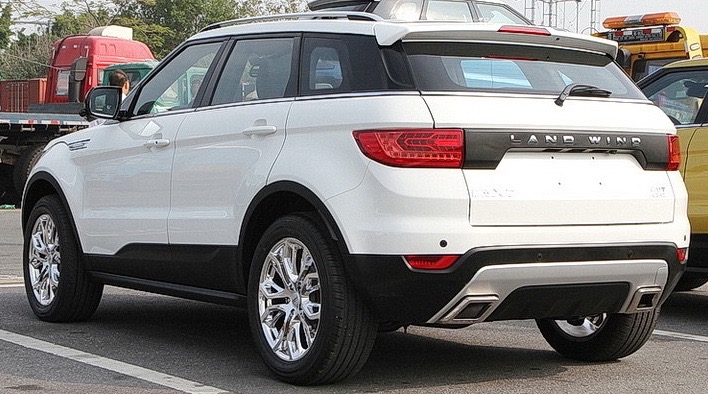 The back of the LandWind’s x7

One potential tactic JLR might try is putting pressure on Ford Motors, which evidently is part owner of Jiangling Motors, one of the two domestic companies that comprise Landwind. But the unfortunate truth may simply be that JLR’s only option is to hope that the X7 isn’t exported into other countries in which the Evoque is sold.

And at least there resides some optimism, because it is extremely unlikely that other countries would protect the X7 to the extent that China has. Moreover, while Landwind has had a few goes at exporting their product to other countries, none have been successful. In 2010, one such attempted export failed so miserably in European crash tests that its safety rating (2 out of 5 stars) prevented substantial sales in the market. Previously, in 2005, essentially the same thing happened—only in that one, Landwind’s export scored zero out of 5 stars.

Thus, if there is a silver lining for Evoque, it is twofold: assuming the recent history of Landwind is any indicator, not only is the X7 unlikely to be exported beyond China (much less be successful there), but it could plausibly be that the company’s reputation for poor safety ratings will encourage buyers to look to the “real” thing—the Evoque—instead.

Although anyone who knows enough about Chinese purchasing habits to seek entry into the market, probably knows that that’s not exactly the case most of the time.