Thursday, a jury in the U.S. District Court of Tampa ruled in favor of PODS Enterprises, Inc., in a trademark dispute against U-Haul International, Inc. surrounding the word “pods.”

The moving and storage facility company was found guilty of infringing both state and federal trademark laws and paid over $60 million in damages.

Founded in 1998, Portable On Demand Storage (PODS) is the top provider of moving and storage facilities in the U.S. and is currently offering residential and commercial services in 45 States, Canada, Australia and the United Kingdom. 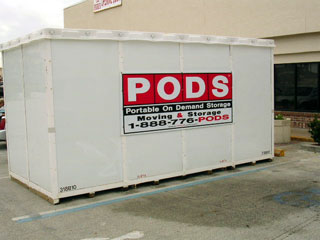 PODS alleged that U-Haul unlawfully and improperly used PODS trademark on their company website and advertising materials in an attempt to divert sales. Over 95,000 U-Haul webpages have made reference to PODS’ trademark which led to the company’s allegations.

U-Haul argued that pods is merely a generic word and has lost its distinctiveness. Similar to other words including aspirin, Band-Aid and Kleenex that lost their trademarks for becoming overly used by the public.

The case sat before Judge James Whittemore and continued for over 2 weeks. After 3 days of deliberation, 8 jurors unanimously found U-Haul guilty of trademark infringement.