LawInc » Most Popular » The Curious Trademark History of Sriracha Sauce

Is it “Sriracha” or “sriracha”? The capitalization, or lack thereof, actually carries some surprisingly potentially massive implications. According to the U.S. Patent and Trademark Office (USPTO), the correct rendering would be “sriracha,” because the term is “generic”—a point I’ll come back to in a second. But according to others, there may be a claim yet that the term is a valid trademark of Huy Fong Foods, which would mean the “s” would be capitalized.

Even if you aren’t that familiar with the name Huy Fong, you know the product. You’ve seen the red (or rather, clear) bottle with green cap; you’ve seen the rooster logo. The thing is, though, that David Tran—Huy Fong’s Vietnamese refugee founder—never trademarked the term “sriracha.” Twenty five years ago, he began selling the famous sriracha sauce, a chili-based hot sauce. And while he did trademark the rooster logo and the distinctive bottle cap, the name was never protected. 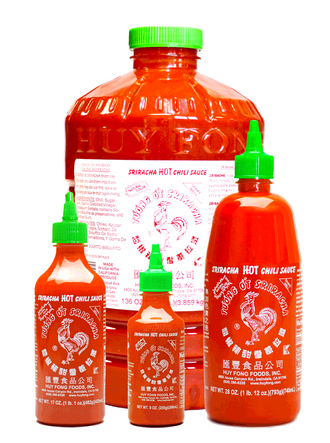 This, of course, led to widespread reproduction by other companies: Taco Bell, Pizza Hut, and Subway are just a few who have dabbled in their own sriracha sauces and flavors and offshoots. And why wouldn’t they? Apart from Tran, others have apparently tried to register “sriracha” as a trademark in the U.S., and the USPTO has held that they are not valid trademarks because they are too generic. Which means anyone can use the term, because no one can claim it for themselves. 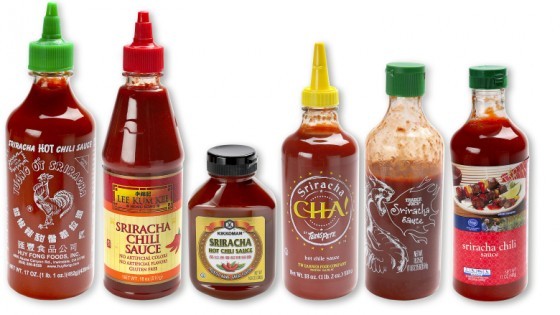 There are multiple ways to go about looking at the sriracha trademark issues involved. First of all, as a word mark, “sriracha” would be subject to the Abercrombie spectrum, a system of classifying word marks based on their level of distinctiveness that comes from a case in the ‘70s. “Generic” is the worst designation a company seeking trademark protection could receive. You’ll never see an OvenTM or an Oven® on a line of ovens. Alternatively, a term that was once distinctive or owned by a company can become generic through a process referred to as “genericide.” Kleenex and aspirin were both victims of this process. Google is going through it now.

Of course, in most cases, “genericide” only will happen to a massively famous mark, and such famous marks typically only exist because big companies are behind them. Which is another way of saying that big companies can spend tons of money policing the use of their mark—Google, for instance, tries to remind the world constantly that the definition of “googling” is “searching the internet via Google,” and not simply “searching the internet.”

Huy Fong is not such a company. According to some sources, Huy Fong “has no marketing budget.” Policing the use of “sriracha” outside of Huy Fong’s original use is somewhat impractical for what has been described as a “medium” sized company. That said, Tran says he doesn’t even care.

In fact, he says it’s free marketing. Everyone else uses the term “sriracha,” but most of the public still identifies the term with his company’s product. For what it’s worth, Wikipedia’s “sriracha” page agrees: “Within the United States, sriracha sauce is most commonly associated with the version produced by Huy Fong Foods.” Anecdotally, my friends and I all associate the term “sriracha” with that green bottle cap and the rooster logo.

But is that enough? If Tran wanted to seek protection for the term now—as many lawyers apparently approach him and tell him they could help him do—could he? If “genericide” is a thing, then its opposite must logically exist as well: that is, a term that was once generic, but has since become distinctive, should be able to get protection. The most important inquiry in trademark law is whether the “mark”—logo, word, slogan, name, design, pretty much anything—can “distinguish” one producer’s products from the products of the competitors’. 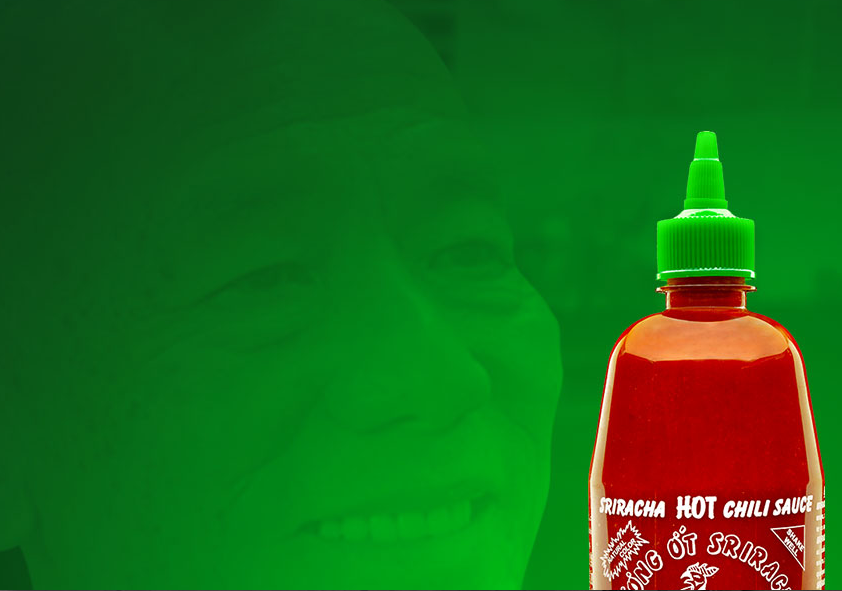 That said, it’s important to remember that it’s not enough, in trademark law, for the public to simply associate the mark with the product; the public must associate the mark with the producer, if trademark protection is to be granted. So it seems like there’s some pretty considerable impediments to the idea of Tran attempting to trademark the name after all. Not only has the USPTO already deemed it “generic,” several times, but Tran would have to show that the public associates “sriracha” with “Huy Fong.” Worse, the term “sriracha,” evidently, was not coined by Tran, but rather is simply a type of sauce that originated in the city of Si Racha, Thailand. If true, that would make the term absolutely generic, and even geographically descriptive, the same as “Szechuan” sauce (which originates from Sichuan Province, China).

Regardless, Tran maintains that he doesn’t regret not seeking trademark protection for the name. Again, it’s free marketing. Says Tran: “We have lawyers come and say, ‘I can represent you and sue,’ and I say, ‘No. Let them do it.’” And the company seems to be doing fine. In the last two years alone, Huy Fong’s “rooster sauce” has seen a $20 million sales increase. Tran’s only worry, really, is the relatively new entrant into the market: Tabasco (or rather, the makers of Tabasco). “They’re a big company,” Tran says. “They have a lot of money and a lot of advertising.”

The next few years will be very telling for that reason. As it stands, Tran’s success story despite not registering his product’s name is either the exception that proves the rule—i.e., “register your mark, seriously, his story is atypical”—or, it is the alternative approach that has now been shown to be effective in at least some cases. Either way, it’s a fascinating thing to watch.